Friday, Saturday 11am to 9pm

*Live Music Every Friday and Saturday, May thru October 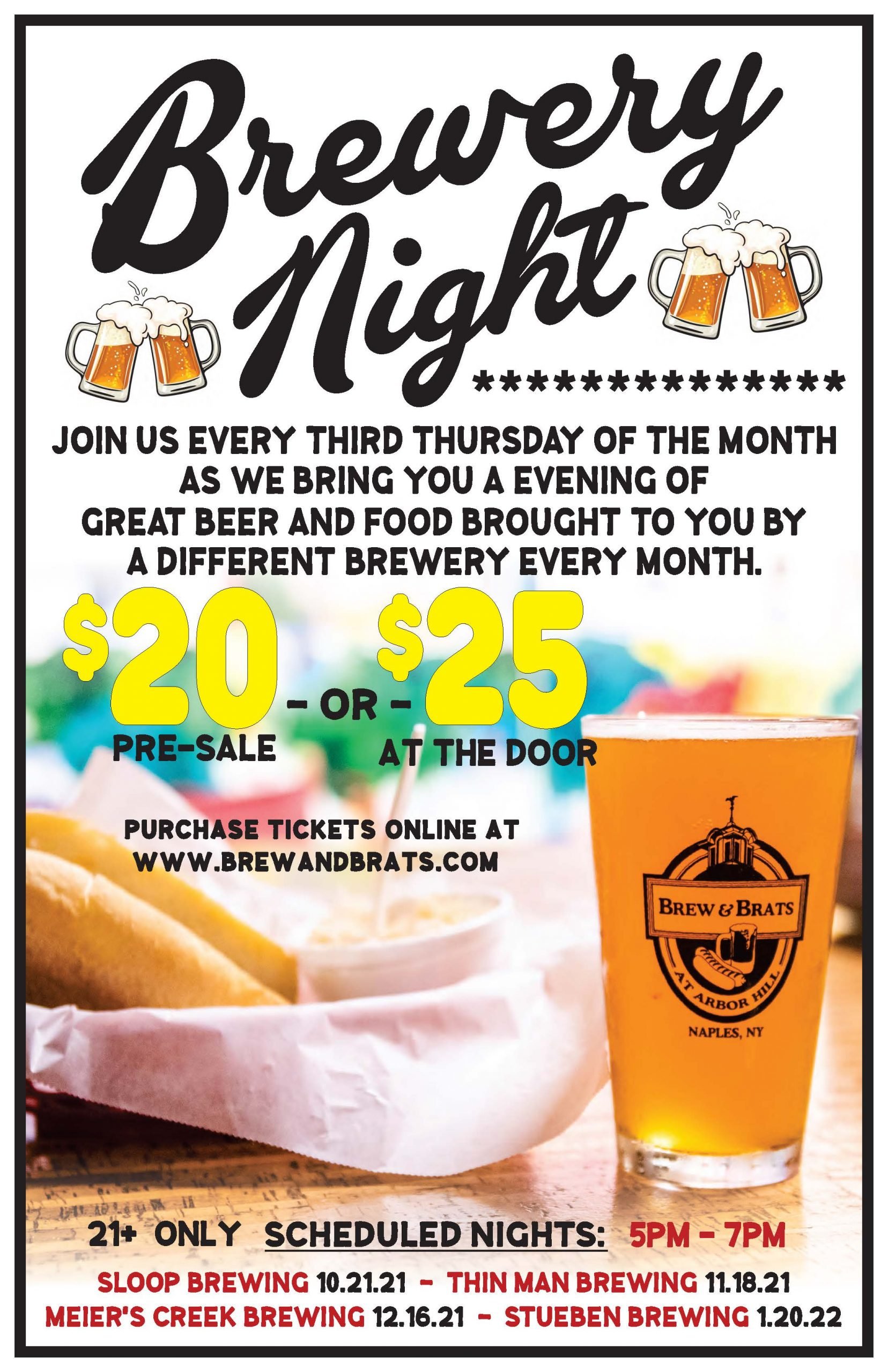 Every Friday, 5pm-8pm, May thru October

Every Friday and Saturday, 5pm -8pm, November thru April

Join us for Brewery Night at Brew & Brats at Arbor Hill
Meier’s Creek Brewing will be joining us for great craft beer and food!
$20 pre-sale then $25 at the door
Purchase tickets online at www.brewandbrats.comwww.brewandbrats.com>